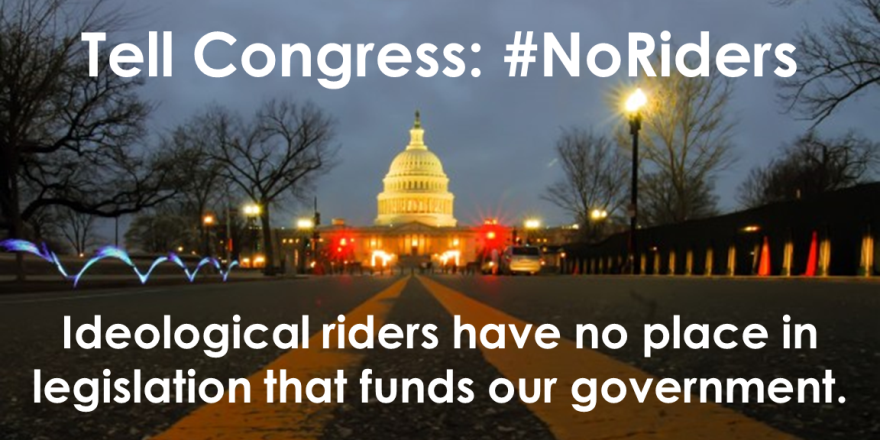 When members of Congress return to D.C. after Labor Day, they’ll have a lot to do in a short time. At the top of Congress’s “must do” list is passing spending legislation to keep the government open after the new fiscal year starts on October 1. With only 12 days in September when both the House and Senate are in session, this will be no easy task.

In anticipation of this spending work, and while members of Congress are still in their home states and districts, advocates are taking this opportunity to tell their elected officials what kind of spending bills Congress should be passing – namely, bills that protect human needs programs and avoid harmful policy changes. Unfortunately, bills currently under consideration in the House could violate both of these principles and hurt working families rather than support them.

As we noted in our latest Human Needs Report, the House bill to fund the Departments of Labor, Health and Human Services, and Education, for example, would cut $5 billion from current funding levels for these critical departments, including slashing employment and training funding by nearly $800 million this year. The House spending bill that covers the Departments of Transportation and Housing and Urban Development would provide $1.1 billion less than current funding levels, cutting many vital programs and failing to renew 140,000 Housing Choice Vouchers that are currently used by low-income seniors, people with disabilities and families with children to afford rent.

If these kinds of cuts aren’t bad enough (and they definitely are), Congress could also include harmful policy changes, known as riders, in the spending bills. For example, Congress could include language to overturn the new overtime rule, under which salaried employees making less than $47,476 a year must be paid overtime. When fully implemented, the updated overtime rule would extend overtime eligibility to 4.9 million more working people and make it harder for employers to deny overtime to another 7.6 million working people who are already eligible. The new rule went into effect last year, but it has not been fully implemented or enforced by the Department of Labor, in part because of a lawsuit and also because the Trump administration and some GOP members of Congress are considering weakening or killing the updated rule (they have been since it was announced). The inclusion of a poison pill rider to overturn the overtime rule, in addition to cuts to human needs programs like job training and housing vouchers, would be real one-two punch to low-income working families.

That’s why the Clean Budget Coalition, of which CHN is a member, is taking action. Today, they are hosting a Twitter Storm to spread the word. You can join in using #CleanBudget and #NoRiders. Make sure your members of Congress hear loud and clear that attacks on workers and families have no place in our country’s spending bills.

Posted by Coalition for Low Income Pennsylvanians at 11:57 AM